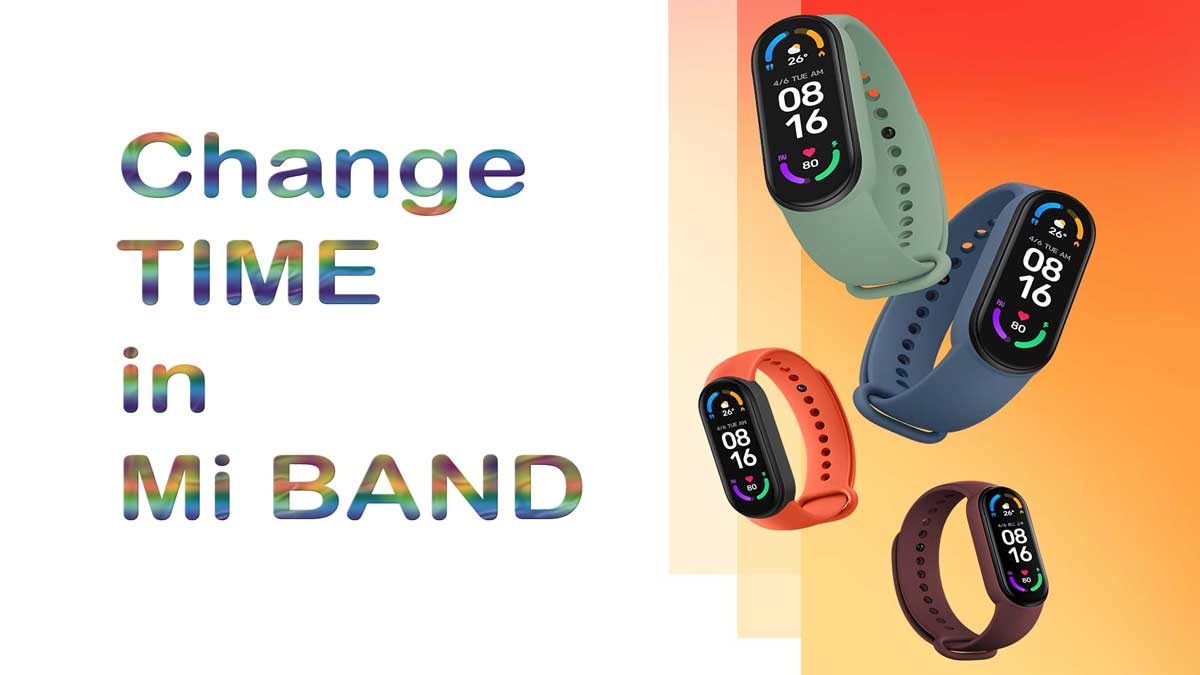 So in this post, we have discussed how to change time in Mi band including all band models from Mi band 1 to newly launched Mi band 7.

Mi band is a wearable activity tracker by Xiaomi. Xiaomi has launched so many Mi bands till now. First Mi band was launched on 22 July 2014 and it was named as Mi band 1 after that Xiaomi launched Mi Band 1s.

And in 2022 Xiaomi has again launched its latest band named as Mi band 7 on 24 May 2022 but it is not available for sale in India on their official website.

You can now buy up to Mi band 6 in India from online and offline store. Mi band was launched on 29 Mar 2021 in China.

Mi band synchronizes time with the smartphone via Mi fitness app or you can also connect Mi band to your smartphone using Zepp Life app.

Mi band is useless if it is not connected with your smartphone via bluetooth by using Mi Fit app. There are many features in Mi Fit which control the settings of Mi band.

There are a limited features available in Mi band user interface but you can customize a lot of features by using Mi Fit app in your Mi band.

How to change time in Mi band manually

If you want to change Mi band time according to your convenience then change the time of your smartphone. You can set date & time in your smartphone manually after disabling the automatic time sync settings from network.

After changing time in your mobile manually again connect the Mi band and swipe down on the Mi fit app to allow the sync process of Mi band and your smartphone.

Now if you want your time should not change automatically then uninstall the Mi fit app from your mobile or keep turn off the Bluetooth in your mobile.

So make sure you don’t allow your Mi band to connect with your phone via Mi fit app.

We have told you that how can you change the time and other settings in any Mi band after connecting it to your smartphone by using Mi fit app.

But some people are finding the way to change the time in Mi band without connecting it to any phone. I am really very sorry to say that there is no such option available in any Mi band till now.

So don’t dig the internet by searching how to change the time in Mi band without connecting it to any mobile phone.

This feature may be added in watches in future if Xiaomi feel it useful via any OTA update. And this feature can be added in any Mi band including older versions and newer if and only if Mi feels it is useful to provide it withing the Mi band interface.

Booking appointment before your visit to Mi Service Centre is useful to save time.

Combine multiple features from different app at one place.

There are plenty of apps on Google Play store by Xiaomi.